The Kinect technology introduced by Microsoft in 2011 is an affordable 3D motion controller for games. As soon as the device hit the market a variegated hacking-culture showed that the device could be used for various applications outside the game space. How can the technology be further pushed and introduced into everyday life? Which use cases can be proposed and developed to test the new interface for everyday objects?

The process followed the proposed design method Rip+Mix for open-end projects developed by the Design Research Lab of the German Telekom. The main functions of the Kinect technology were extracted: tracking, depict, and control. Various products which obtain these functions were collected as sources which were turned into knowledge swatches. In teams two sources were mixed and resulting design ideas rapidly drawn. A digital bookshelf was one of the selected use cases. Sandra refined the concept, defined functions and design. A prototype was programmed as a kinect hack and showcased during a University wide exhibition for testing including interviewing the participants. 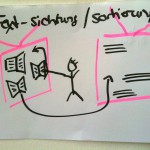 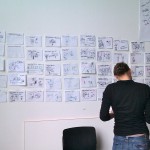 Use Cases: Results of Rip + Mix 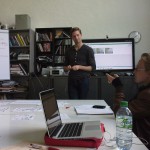 Discussion of Use Cases 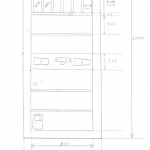 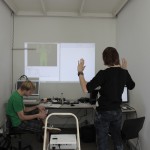 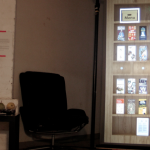 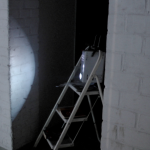 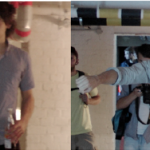 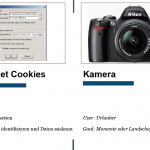 The digital bookshelf, BookPlace, is a suitable use case of the Kinect technology. The interaction with the bookshelf was intuitive. Test users were particularly keen on the different modes of showing and sharing books with their friends. The prototype was not further developed due to time restrictions of the team.